A great concept with a simple presentation! This is what exactly I have in mind after playing Voodoo’s Army Clash. Sometimes, you don’t really need any hardcore gameplay or visually striking graphics just to enjoy the game. With Army Clash, you will be greeted with overall simplicity yet you will be surprised how addictive this game can be. As what the title of the game suggests, your main objective is to build an army and defeat all your enemies in an epic clash battle. If you think you can master this game effectively and conquer all your battles, feel free to explore Army Clash and see how far your skills can take you.

The mechanics for the game are very simple and easily manageable. As what mentioned above, the main objective is to form an army and win over your opponent in an epic clash. Generally, here’s how Army Clash works. As soon as the game starts, it prompts you right away to your first battle. The battlefield is just a simple 3D Arena. Unlike the typical clash battle, you do not have any direct control of your units. Instead, you attack your target by setting up your trajectory. The trajectory with a moving arrow can be seen in front of your army. Simply tap the Fight Button to stop the moving arrow.

The result of your attack will greatly depend on three factors; the proper angle of your trajectory, the number of units you have on your army and the type of units you have on your team. Interestingly, the trajectory meter comes with three colors. The yellow part on the lower portion of the arc gives you a Good-rate attack while the Orange part results in a Great-Rate which definitely gives you a higher chance of winning. For better results, you must target the middle or the Red part of the trajectory meter. This will result in either Awesome or Perfect rate attack. Perfect Rate gives your army an extra boost and strength.

The tricky part of Army Clash lies within the army formation. This is not the type of Arena battle where you can freely deploy units. In this game, you must purchase a space and you must purchase a unit to fill them. Initially, the first nine spaces are already free but you are only given with one unit at the beginning. A basic Soldier unit is composed of three soldiers. Located below the battlefield are three panels including the Shop, The Army and the Space. To strengthen your army and to maximize your chances in winning, you must purchase more units.

The units can be obtained in three different ways. You can either purchase them from the in-game Shop and unlock the premium packages. If you are not willing to spend money, you can also purchase units by tapping the Army panel. This will randomly unlock a new unit. Sometimes, the units can be purchased with gold coins (virtual currency) but most of the time, the game will ask you to watch a reward video in exchange for a new card. Once you have earned a new unit, you can now set a formation. Simply tap the unit and drag them to any of the available spaces. If you run out of space, simply tap the Space panel to purchase a new one. Just take note that the prices are exponentially increasing in this game which forces you to keep playing to earn more.

The rate of difficulty in this game is drastically increasing as you progress. Opposing armies will soon get bigger numbers and stronger units. To cope up with this challenge, you must unlock other units too. The units will vary in terms of their overall strength, the weapons they are using, their behavior and their level of expertise. Initially, you’ll get basic units like Soldiers and Archers but eventually, you will get access to other units like Spearman, Heavy Soldiers, Big Soldiers, Bombers, and Magician. Each got their own strength and weaknesses too. Big Soldiers, for instance, have bigger stamina but they move relatively slower than other units.

Although the overall concept is nice, the major downside of Army Clash is the overwhelming number of ads. It seems like the game has become a vehicle of many adverts. Almost all action in this game comes with a deal to watch a reward video. Obtaining units, for example, will not just give you the option but literally requires you to watch ads. Not to mention the offers to double or triple your reward (after the multiplier spin) in exchange for another reward video. To make it worse, you will also encounter ads (sometimes unskippable) after every battle. I just hope the developers can do something to lessen the frequency to make the game more enjoyable.

Simple, fun and entertaining. This is definitely how you can perfectly describe Army Clash. Appearance-wise, the game comes with a simple yet colorful interface. The map will change every time a new type of unit is unlocked. It comes, however, with loosey presentation and it lacks of music or any well-fitting audio effect that could have made the game even more engaging. The ads are so overwhelming which serve as the game’s major downfall. Good thing, this game can still be played even without an Internet connection and it is very light that it won’t consume much of your phone storage. Currently, Army Clash is available for both Android and iOS devices and you can download this game absolutely for free. Good luck! 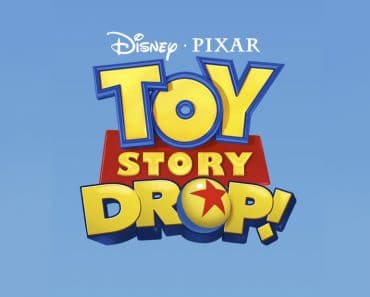