Big Fish never failed to give us great games. They are always fun and high and quality. Interestingly, they recently released a new casual game that combines wonderfull combines elements from farming game and magic! Decurse takes you to a colorful casual farming game while engaging yourself into a magical journey. The game takes you to a town that is somehow cursed. A bad spell transformed villagers into sad creatures. Thankfully, you are here to help. You are endowed with magical skills that can reverse the curse. The goal is to bring the town back to its harmonious state and make the villagers happy once again. If you think you can help them, feel free to explore Decurse and see how far your skills can take you.

The mechanics of Decurse are simple. It features elements of Farming similar to Big Farm and Hay Day while capturing some interesting town-building elements that are common to most Big Fish games. As soon as the game begins, it prompts you right away to the cursed village. Here’s how it works. The game will not just focus on farming alone. You are equipped with magic that allows you to reverse the curse. Each item are cursed in this game from fences to benches. In order to reverse the curse, tap the object and consume Magic point and turn them back to their original state.

Eventually, you will encounter cursed villagers. Releasing them from the curse allows you to unlock a new area. The more area you unlock, the more feature you can use. Farming will soon become accessible will become the most essential element to gather resources. Much like Hay Day, once you have reached certain levels, you can soon unlock production buildings like Bakery, Chicken Hoops, Pigery and more which allow you to produce more items. Mining and crafting are also notable elements in the game which you will unlock in the process.

Decurse has so much to offer. If you know how to play games like Hay Day and other farming simulation, you should know how this game works. You plant seeds and harvest them at a certain time duration. Those you harvest will serve as the main ingredients to produce new items. Wheat for an instance is the main ingredients for Chicken Hoops to produce egg while Corns are needed for cows to produce Milk. Basically Farming is the main activity in Decurse to keep you going.

Eventually, the game will introduce you to other equally important activities like Mining and Crafting. As soon as you unlock more areas, you will encounter various taverns that are all left in ruins. Using your crafting ability, you can rebuild these taverns and customize them to increase their levels. The bricks you earned from mining are the main resources you need to reconstruct these buildings. You will also unlock other areas like Hot Air Balloons (allow you to deliver and trade goods), Museum and a whole lot more.

It is not going to be entitled “Decurse” for no reason. Despite farming being the most common activity, reversing the curse will be the main highlight of this game. Take note that you cannot perform any magic if you ran out of Magic Spells. You earn Magic Points by constructing special items like Magic Fountain, Magic Crystal and more. The amount of Magic you need to reverse the curse will depend on the size and value of the object. Fences usually require one or two Magic Points while villagers tend to require more. Gold Coins will serve as the main currency of the game which allows you to purchase new items from the shop while Gems will serve as the premium Currency. Gems can be used to expedite or speed up the construction or production time.

Take note that your progress will also depend on the town’s overall happiness. Located on the far left side of the game screen is the Happiness meter (the one with Sun icon). Some areas can only be unlocked if you have reached the required level of happiness. You can improve the happiness meter by continuously reversing the curse or decursing objects.

Decurse is a game that successfully merges both Magic elements and Farming while adding more features that makes it extremely unique among the rest. It also reminds me of Gardenscapes as well as Hay Day and other games that fall into the same category. Decurse, however, managed to elevate the gameplay while incorporating a nice plot. Currently, Decurse is available on both Android and iOS devices and you can download the game on your mobile for free. 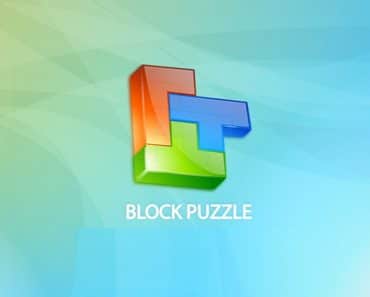