I’m pretty sure you have already seen their advertisement for any of the mobile games you are playing. The promotion for Be The King: Palace Game is quite overwhelming but the question is, how is this game remains faithful to what it advertised? Be The King: Palace Game is generally a strategy role-playing game. It follows a story of a young adventurer as he sails his way back to his hometown with a mission to regain his father’s glory. To do so, he must push himself up and make him the new king! The game involves managing assets, gathering the kingdom’s resources, dealing with various legal affairs, building a family and ruling over other kingdoms. If you think you have what it takes to become a great ruler, feel free to explore Be The King: Palace Game and see how far you can go.

Simple yet fun and tricky. I guess this is how you can perfectly describe Be The King: Palace Game. For those who have played games like the Legend of Empress or Game of Sultans, you will definitely find huge similarities with Be The King: Palace Game. The mechanics of the game are generally simple yet there are too many areas you need to pay attention to in order to master your job. As what the title of the game connotes, the main objective is nothing more but to become a king but this is not easily obtainable as you need to surpass all the challenges that will come along the way.

As soon as the game starts, Be The King: Palace Game will welcome you with a short cinematic introduction showcasing your main character. You start your journey by picking your character (you can also pick a female character). Once done, you will be introduced to Hua An, your first Retainer. The Retainers will play a crucial role in your kingdom as they will assist you in various fields. Each Retainer comes with their unique special skills which you can take advantage with. They also come with their own attributes and they are responsible for increasing your power and reputation. Eventually, you’ll also meet Confidants which allows you to gain intimate relationship and establish your own family.

Although you can do almost anything in this game, Be The King: Palace Game will still rely on main quests in order to progress. On the main screen, you can check the current quest on the lower-left corner. Tap the question mark and it will show you what you need to do. Interestingly, you don’t need to navigate around because you can just tap the “Go To” button and the game will prompt you to the right place. Aside from the main Quest, the game comes with Daily Quests as well. This allows you to earn Activity Points and unlock valuable items in return.

You can access the Map by tapping the Map button on the upper right corner of the game screen. Here, you’ll get access to various locations. The Mansion is where you interact with your Retainers. The place will showcase various NPCs such as Affairs, Assets, Confidant, and Offspring. Assets allow you to gather resources from Businesses, Harvests, and Troops. Affairs, on the other hand, are the scenarios where you have to use your judging skills. The game will give you a scene and you just have to pick the wisest and most practical decision to help you increase your overall reputation as their ruler. If you have earned enough merit, your rank will increase.

Going back to the Map, the Campaign will take you to the game’s battle phase. This is also the part where the story is being emphasized. Much like most RTS RPG, the battle system for Be The King: Palace Game is automated. It prompts you to a simple and somehow, underwhelming battlefield. Simply tap the Fight button to start the brawl. If you win the battle, you will earn rewards in the form of gold coins and Merit. The only downside of this feature is the underwhelming graphics and animation. It is poorly executed and it doesn’t seem to match with the impressive character designs that this game is using.

The game also features an Alliance system which allows you to fight against other enemies on an Alliance war. The Map also features other areas that are absolutely worth exploring. This includes the Institute which allows you to send Retainers to train and study and to make them more efficient in their respective duties. Lingyan Pavilion, on the other hand, allows you to unlock other special skins for both your Retainers and Confidants. The multiplayer element of this game comes with not just the alliance but also through its Ranking system. You can compete against other players using your level of popularity (power, campaign, and intimacy).

Be The King: Palace Game may not provide what exactly it advertised but still worth exploring. If you are a fan of RTS games, Be The King: Palace Game will surely feature elements that you can absolutely enjoy. Appearance-wise, the game comes with impressive character designs. The campaign battle interface, however, is quite a disappointment and I hope the developers can do something to improve it. If there is one major downside of Be The King: Palace Game, it is their pay to win tactics. Some elements of the game will tempt you to purchase some items to win certain events.

Some tasks cannot even be completed without spending money on it. Overall, it is still a decent game. If you want to be on top of your game, you might consider spending money on it but if you just want to enjoy the journey, you are always free not to spend any. Currently, Be The King: Palace Game is available for both Android and iOS devices and you can download this RTS RPG absolutely for free. Have fun! 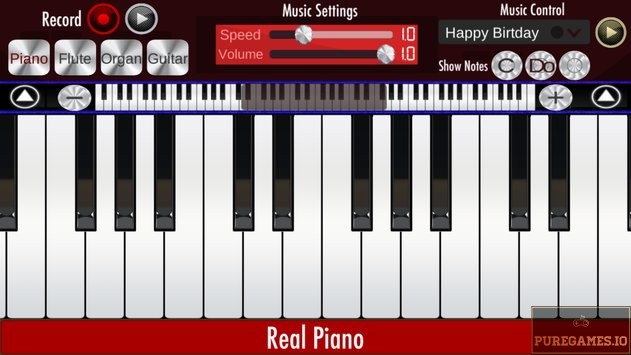