Somewhere in Miami, there was a mysterious hotel whose owner gone missing and nobody knows what happened. Interestingly, the former owner of the hotel sent you a message stating that you will be inheriting the hotel. Now, as the successor of the former hotel host, it is your job to bring the hotel back to its former glory and also to solve the mystery behind the previous owner’s mysterious disappearance. Hidden Hotel is one of the newest casual games by WhaleApp studios. It takes you to an epic hidden object adventure that will surely put your skills on a test. If you think you have what it takes to manage this Hidden Hotel and solve the mystery behind it, feel free to explore this app and see how far you can go.

It is very interesting to note that before Playrix’s Gardenscapes adapted the classic tile matching puzzle, it once featured a hidden object puzzles. Yes, I still remember playing this game in its Browser version but when the Candy Crush Saga became a big thing, the game ventured into tile matching which eventually becomes a big hit for Gardenscapes. Hidden Hotel has notable similarities with Homescapes in terms of house renovation but I personally love the fact that they adapted the Hidden Object puzzles which separates the game from the rest.

The mechanics for Hidden Hotel are very simple and easily manageable. It perfectly combines elements of hotel makeover simulation and hidden object puzzles. The main objective is to restore the Hidden Hotel back to its former glory. Renovation will be done step by step and each action requires certain amount of stars. In order to earn a star, you must solve a hidden object puzzle. The game will features various unlockable areas in the hotel and you are free to pick which area would you like to solve.

Aside from renovating the hotel, the main highlight of Hidden Hotel is the hidden object puzzles. As you renovate the hotel, you will be able to unlock areas where the hidden object puzzles will take place. The puzzles are basically your typical hidden object scenes. You will be prompted into a messy and disorganized and merely chaotic room filled with random objects. Located on the lowermost portion of the game screen are the item lists. It features all the items that you need to find from the room. Simply tap the object until you found everything.

It is very important to note that completing a level will not guarantee you to win a star instantly. The star meter should be filled 100% in order to earn one and it mainly relies on your time of completion. The faster you complete the puzzle, the faster the star meter is filled. Each room allows you to earn a maximum of 10 stars and the rate of difficulty will drastically increase as you progress. Just because you are dealing with the same room  doesn’t mean you are dealing with the same item location. The objects will change dynamically for each attempt.

A hidden object game will not be completed with the Hints feature and Hidden Hotel is not different at all. Players can take advantage of the boosters which can help you find the hidden object much faster. The Clock booster will extend your score multiplier meter while Key Booster reveals random hidden objects from the room and take them off from the item list. Radar booster will project a radar that tracks all the location of the hidden object within a short period of time. The boosters are only limited so make sure to use them very wisely. It is also interesting to note that each level will cost you 10 energy and you have a maximum of 100 which refills automatically in certain time duration.

Another interesting feature of Hidden Hotel is the impressive graphics. It features visually stunning atmosphere and adorable animation. If Gardenscapes has Austin, Hidden Hotel has Oliver who will help you all throughout. Eventually, as you unlock more rooms, you will be able to pick up some clues in relation to the owner’s mysterious disappearance. This provides a compelling plot for Hidden Hotel which makes the game even more engaging.

Generally, Hidden Hotel is an impressive casual game that is absolutely worth a download. It offers wonderful graphics, has remarkable replay value and longevity and features a compelling story to follow. The game has so much to offer and there are so many areas to explore. Currently, the game is available for both iOS and Android devices and you can download Hidden Hotel for free. 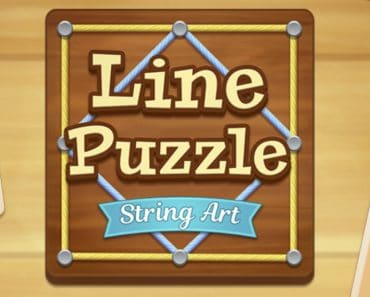