Greedfall borrows and combines systems from several successful RPGs but the final product is less than the sum of its parts.

Greedfall tells a compelling tale of trade factions at war over dominion over a lonely island and its inhabitants.

The look and style of Greedfall invite comparisons to games from the Bioware of old; mid-budget, dialogue-heavy affairs with some flawed systems but a grand tale. It reaches for the heights of classic Bioware but falls disappointingly short; disappointing because, conceptually, Greedfall’s setting and general story are fascinating.

Greedfall is an open-world RPG developed by Spiders set in a fictional colonial 18th-century America. Aesthetically, it borrows a lot from the Assassins Creed series, particularly that forgettable one that was also set in colonial America. Much like that game, Greedfall also touches upon colonial-native race dynamics but it also throws magic and mysticism into the mix.

Greedfall is a dozen different RPGs rolled into one but not as good as any of them.

In Greedfall, you play De Sardet, a young noble from the Congregation of Traders who arrives in a new island full of monsters and magic. A mysterious illness has afflicted members of his family and De Sardet is convinced that the cure can only be found on this mysterious island. He must find a means of conquering this untamed isle inhabited by an enigmatic tribe of locals and discover the cure for the grave malady that has befallen his family.

It’s a simple premise, but the branching dialog system introduces a much-appreciated depth to the way the story plays out. The twisting and turning narrative sparks curiosity and intrigue, capturing our interest for the entirety of our playthrough.

The graphics in Greedfall are nothing to write home about – it’s undoubtedly inspired by that aforementioned Assassins Creed game with a dash of Devil May Cry’s flair but none of the latter’s tongue-in-cheek flippancy. It does succeed, however, in creating an immersive world that invites exploration because, despite its copy-paste aesthetic, its stages are beautifully designed.

Design is something Greedfall does very well, and it’s a title filled with stunning vistas, gorgeous set pieces, and memorable architecture. The clothing, as well, is extremely detailed and flirts on the edge of authentic colonial-era attire and over-the-top video game fashion with an almost satirical wariness.

Come to think of it, Greedfall straddles this line between the realistic and the garish in a lot of its systems, including its voice acting. The voice acting is amazing and at once a bit hokey. The dialogue is gravity-infused and oh so serious but also a bit out there and hokey. We enjoyed it immensely.

The voice acting is generally pretty good even if the voices occasionally don’t fit the faces.

But for all its excellent design and attention to detail, the world of Greedfall is depressingly lonely – sometimes inconsistently so. For example, in one cutscene you’re caught in the middle of a violent confrontation between the Theleme and the Bridge Alliance, the game’s two “evil” factions, when the island’s natives join the fray, bringing all of their magical might. The game then returns control to you and now you’re part of a tiny scuffle. It lifts you up with anticipation for an epic clash then unceremoniously brings you crashing down with this disappointment of a fight.

The central combat and gameplay of Greedfall don’t stray far from established western RPG systems. Of course, you can upgrade your skills, undertake quests to gain experience, or just walk freely and search the map for interesting locations or hidden items. The combat is a bit more tactical than we first thought it would be. Like in Dragon Age, you can pause the game during combat to decide overall combat strategy. It’s an interesting take on the standard Fallout/Skyrim/Witcher game loop but it fails to add any real contribution to how the game works. You can ignore this feature altogether if you like. 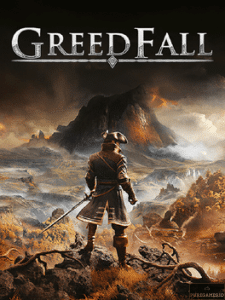 Despite a fascinating story and interesting characters, its beautiful world and character design, Greedfall is just not a very good game. It's a passable imitation, a decent attempt at capturing that old Bioware magic, but that magic is exactly what's missing. Go ahead and check it out if RPGs are your thing, but keep your expectations so-so.