Yakuza 0 provides the perfect introduction to this quirky, over-the-top series of brawlers.

Yakuza 0 is the entire series distilled to its purest essence.

Yakuza 0 has finally come to the PC after years of restless waiting by fans of this series of 3D brawlers. But has it been worth the long wait? Let’s dive into the neon world of Kamurocho and find out!

Yakuza 0 is a prequel to the first Yakuza game and recounts the tale of a young Kazuma Kiryu back in 1988. Kazuma has been falsely accused of killing a civilian, bringing shame to his Yakuza family. To clear his name, Kazuma must renounce his membership in the clan so that he may investigate the real criminal behind this heartless murder and why he’s been made the scapegoat for it.

Meanwhile, Goro Majima, a former Yakuza turned nightclub manager, has been ordered to take someone out. However, Goro is surprised to learn the target of this hit is a blind woman. Overcome with pity, he has a change of heart and dedicates himself to protecting her from the gang members and killers out for the bounty on her head. In his quest to protect this mysterious blind woman, Goro crosses paths with Kazuma.

A blast from the past. You play as a young Kazuma Kiryu in the days before he became a key figure in the Kabukichō underground.

Yakuza 0 gameplay is not just a Yakuza-themed game. We will be dragged into the black world in the style of the yakuza. We may not be able to steal a vehicle or speeding in a big city in the style of GTA, but this is where the strength of the Yakuza game series. Yakuza 0 always has a deep intrigue and plot. We will run from one road to another, fight with other yakuza, enter the nightclub, play games in the game, or sing to just entertain yourself Yakuza style.

In this Yakuza 0 game as in the previous titles, we can fight with other yakuza with a unique fighting style. We can choose a fighting style that matches our playing style and focus on that style. We can upgrade skills too. Things that may be one of the characteristics of every yakuza we fight using bare hands, and in this Yakuza 0 game we can also use every object that is there to hit the opponent. We can also use finishing blow starting from hitting someone’s face wearing a baseball bat, hitting his head using the car door, stepping on his face or hitting his face against the wall.

Long-time fans will be glad to see classic characters return.

The graphics in the Yakuza 0 series are not too fancy but it is good enough and not too bad. Another advantage of playing on a PC is we can choose the resolution according to our PC’s ability. Yakuza 0 pc can also be played with 4k resolution and widescreen. We can also play games with a controller or keyboard. This Yakuza series 0 also does not have an English dub, all voice actors are in Japanese with English subtitles. This is where the one that made the Yakuza 0 takes us into the black world of Yakuza. facial expressions, voices of each character like making us face to face with the Japanese Yakuza. 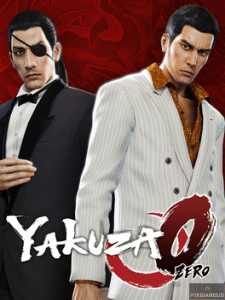 For those of you who have never played the Yakuza series, Yakuza 0 is the perfect game to get started. It's a prequel to the other games in the series, so you don't need much knowledge going in. The PC version comes with many features and quality-of-life changes that make it a better all-around package than its PS4 and PS3 counterpart. Parents should keep in mind this is a game for adults with lots of violent content and adult scenes. If you're ready to explore the dark underbelly of Japan, this game is right for you.