The different generals and strategists can recruit special units and unleash unique skills.

Fans of the Total War series were surprised when Sega announced the title of their latest game in the franchise, Total War Three Kingdoms. Romance of the Three Kingdoms and one of the premier strategy PC games coming together at last. But does it work?

In Total War Three Kingdoms, you can choose to represent one of a number of factions. Each faction has special units and passive perks that differentiate them from the others. For example, Sun Jian has the ability to create guerilla units that can enter enemy territory and replenish their numbers. His passive perk allows him to earn extra revenue from ports.

It’s an interesting system, but the faction diversity is severely lacking. Each faction has only two unique units making the differences between certain factions negligible – some of the special units are actually worse than standard ones.

The map is well-designed. It’s the perfect size and scale.

The diplomacy in Total War Three Kingdoms is the best in the series and it’s not even a debate. The Negotiation system has been completely rehauled, offering a more granular approach to interfaction politics. Negotiations now work like a haggling system similar to what you might find in Civilization; this is a quality of life rehaul that really makes clear the risk and rewards from your diplomatic actions, and we hope to see more of it in the future.

The Wu Xing mechanic is also a breath of fresh air. Inspired by Chinese philosophy, the Wu Xing system expands the basic rock-paper-scissors mechanic that was the foundation of battle in previous Total War games into 5 distinct elements. It’s a closed-circuit system that quietly influences every interaction within the game and advanced players will be happy with the added layer of depth to a formula that has remained largely unchanged for several years.

On gameplay, the campaign lets you essential rewrite the Total War novels. There are also two game modes, Romance Mode which closely follows the books and is a bit more over-the-top and unrealistic, and Records Mode which is straight dry Total War, no fantastical elements or implausible feats of strength. Whichever you choose, it’s a solid campaign with a great map.

Keep in mind that the game seems to balanced for Romance Mode. Generals lose their special skills in Records Mode, left with only the ability to buff their units. This makes the generals without buffs essentially useless in Records Mode.

Sieges have been rehauled and are more fun than ever.

Sieges have also been improved. Breaking down defenses is no longer as simple as throwing numbers at minor settlements. Each settlement has a garrison which gives it a decent base defense system, and main settlements have walls, providing a fun balance between the sieges of Total Wars past and pure settlement attacks.

For some reason, there’s still no full tree of units and what the requirements are to train them. This makes strategizing in the first few playthroughs difficult because you have no idea what you should be building towards. Just like in previous Total War games, you can see what units are unavailable and why, but information about special units for specific generals is nowhere to be found. 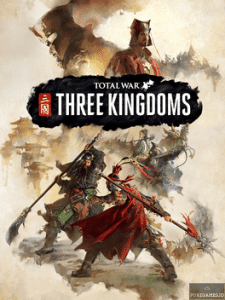 The core Total War experience is still there, but there's just enough fantasy added to the mix for it to stand out from the pack. Battles are fun and sieges are great again, and the reworked diplomacy system makes negotiating with other factions much more straightforward and clear. Fans of the series will find a unique Total War game that's well worth the admission fee.