Devil May Cry 5 is devilish good fun and seems dead-set on reminding us why the series remains the top dog in a sea of wanna-be’s.

The boys are back.

The Devil May Cry series has the demon-bashing hack-and-slash genre on lock. It’s the series that redefined the hack-and-slash button masher for the third-dimension and, despite its ups and downs, remains the most iconic franchise of its kind.

It’s hard to believe that Devil May Cry 4 released all the way back in 2008 – has it really been more than 10 years? – but it’s good to see the series is back in the hands of Capcom after the controversial DmC, developed by the hot-and-cold Ninja Theory, failed to make a positive splash in the interim between mainline titles. The western company-helmed spinoff-slash-reboot, while a decent game in its own right, couldn’t capture the intricacies of the series’ combat, reducing it to a mediocre tribute that emulated the style of the Devil May Cry series but lacked the complexity and freedom.

Devil May Cry 5 follows Dante, Nero, and Vergil four years after the end of Devil May Cry 4. For plot reasons that aren’t really worth getting into, Nero’s demonic right hand has been stolen, and Dante has been bested in combat by the Demon Tree, Qlipoth, his iconic sword, Rebellion, smashed into shards in the process. A few more cutscenes for exposition then we get into the game proper.

Devil May Cry 5 is as ridiculous as the series has ever been.

The combat is just as you remembered it. It’s fast and frenzied but, most of all, it’s stylish, and we didn’t know how much we missed it until we got a taste. Each character has their own fighting style which helps keep things fresh.

Nero retains his Red Queen rapier and Blue Rose revolver but has lost the use of his Demon Arm. In its stead, he can equip a variety of mechanical arms, called Devil Breakers, that have different functions, such as stopping time momentarily or grabbing foes from a distance. This change in loadout has also affected how Nero’s played. Devil May Cry 4 encouraged aggressive, close-ranged finishers, with Nero dancing in and out of melee range, racking up combos before crushing his foes with his Arm. In contrast, the Devil Breakers allow for a lot more creativity in deciding how a skirmish will play out, with the new weapon serving as a utility tool on top of his sword and gun.

Dante has a lot of weapons that can be said to be very cool, he also wields the demon sword Sparda. Just like in Devil May Cry 4, Dante can switch between four different fighting styles on-the-fly and, aside from the new Devil Arms which promote close-ranged combat and his hat, Dr. Faust, that requires red orbs to use, he remains largely unchanged. Of the three playable characters, Dante is the most familiar, and veteran fans of the series will feel immediately in their element when they’re in control of him.

The new character, V, is a departure for the series, employing a more tactical fighting style from range.

V is a new character introduced in Devil May Cry 5 and represents the largest departure from the game’s largely melee combat mechanics.  Different from the other 2 characters, V doesn’t directly involve himself in combat, instead commanding two animals that do the fighting for him. V isn’t strong enough to swing a sword like Dante and Nero, but V’s unique play style shows a willingness to experiment that the series has lacked. He takes some getting used to, but once you’ve mastered his skill set he can be the most fun to control in combat.

For graphics and design, this is one of the best DMC series. Capcom uses the RE engine that is used on the Resident Evil 7 engine. The graphics in Devil May Cry 5 graphic are very smooth and the details of sparks, weapons and characters’ faces as well as backgrounds are crisp. The team also wasn’t playing around with the sound design, with the audio and voice acting better than they’ve ever been. The extra attention paid to the writing and voice acting really bring the characters in Devil May Cry 5 to life, and we laud Capcom for putting in the additional effort. 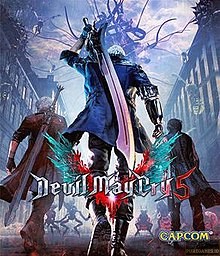 Devil May Cry 5 is the complete modern hack-and-slash experience. It looks and sounds amazing, is properly optimized - our time in the game ran without a hiccup - and the combat is the best the series has ever seen. The new character, V, has proven to be immense fun in spite of (or perhaps due to) his unorthodox fighting style, and all the characters are different enough that players will spend months nailing their individual quirks. Fans of the genre - or great arcade games in general - should not miss out. 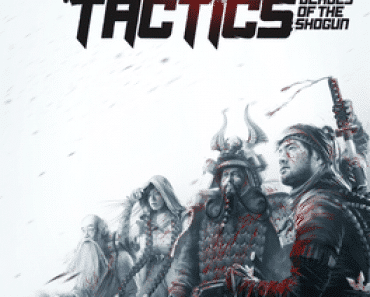