Embark yourself in another epic puzzle adventure with Karma Games’ MythWars. As what the title of the game connotes, MythWars takes you to an epic battle between powerful mythical gods and goddesses. The world is now on the verge of great danger and you must prevent the war before it resulted in a major catastrophe that would end humanity. MythWars is a colorful match 3 puzzle that is wonderfully combined with empire-building and RPG elements. The goal is to gather the strongest heroes to form an ultimate team and defeat to defeat the Demon God. You are also encouraged to build a sustainable empire to expand your power, to train troops, and to win the epic Myth War. If you are up for another challenge, feel free to explore this game and see what else this epic Match 3 puzzle has to offer.

For those of you who have experienced playing puzzle games like Empires & Puzzles or Puzzle Combat, MythWars follows the same classic format. It managed to capture all the exciting elements but from an entirely different perspective. The mechanics are generally simple and easily manageable. Your goal is to clear all levels by defeating all enemies. To do so, you have to play the match 3 puzzle. Here’s how the game works. It is important to note that this game comes with two different phases, the building phase and the puzzle phase (this is where the battle takes place). The game starts with the building phase. It prompts you to your virtual kingdom with a based structure such as the Castle that acts as the heart of your stronghold.

Like most empire-building games, your goal is to strengthen the kingdom by building structures that provide you all the basic resources, training facilities to make your heroes and armies more efficient, and upgrading the buildings to dramatically increase your overall productivity and efficiency. To enter the battle, you have to access the World map by tapping the Map icon on the lower-left corner of the screen. The map is divided into regions that must be explored sequentially. Each region comes with multiple levels that often concludes with a boss battle. Once you have cleared all the levels, you will be able to unlock the next region.

Not Your Typical Match 3 Puzzle

You might have seen a lot of match 3 puzzles over time. Each comes with their own unique approach and MythWars match 3 puzzle is no different. This is definitely not your typical Match 3 puzzle because it is not just about finding 3 or more identical tiles but strategically matching them to inflict damage to your enemies. When engaged in combat, the game takes you to a very unusual battlefield. Located on top of the standard 5×7 puzzle grid are the enemies you must defeat while the character cards below the puzzle are your recruited heroes. Simply match 3 or more identical tiles to send off your troop and attack the enemies.

Take note that your troops can only attack enemies that are part of their lane. Therefore, you are strongly encouraged to create a match on the same lane the enemies are positioned. Each hero will also represent the colors of each tile. There are five colors in the puzzle and for every match you make, it will add mana points to a specific hero depending on the color of the tiles you cleared. If a hero earned enough mana points, you can use their special skills to inflict direct damage to enemies. Some heroes can also heal their allies instead of launching an offensive attack.

Upgrade Your Heroes and Join an Alliance

Another exciting element about MythWars is the fact that you can upgrade your heroes to make them more efficient in the battle. Head back to your kingdom and tap the Heroes icon below the screen. This will allow you to access their individual profiles. Tap on the Level Up button to increase their attributes (attack rate, defense rate, and stamina). You can also upgrade their Talents or Ascend them to make them more effective. It is also important to mention that you can only deploy a maximum of 5 heroes per battle. You can edit your team anytime you want but you can only send one hero per element (or color).

MythWars also has an interesting gacha system that allows you to summon and recruit new heroes. To do so, you must tap and access the BiFrost Portal icon on the upper right corner of the game screen. There are five different types of summon that will vary in terms of the hero’s rarity. There are Daily Summon (which allows you to summon one hero daily for free), Epic Troop Summon, Epic Hero Summon, Elemental Summon, and Valhalla Summon (limited edition). Higher forms of summoning require gems (the premium currency that you can obtain through missions or through the in-game shop).

The multiplayer element of the game can be found through its Alliance system. Much like most empire-building games, joining an alliance allows you to ask help from members to expedite the waiting time for construction as well as other perks. You can also enter Raids and compete against random online players. It is a PvP campaign where you summon your team and fight against other teams that are chosen randomly by the system.

MythWars is indeed a unique match 3 puzzle that is wonderfully incorporated with empire-building and RPG elements. Not to mention the gacha system that allows you to summon epic mythological heroes and let them be part of your dream team. Appearance-wise, MythWars is an absolute visual delight. It treats you with remarkable visuals and impressive character design. It is also complemented with well-fitting music which makes the game even more worth-exploring. Overall, this is not your typical puzzle game and something you can confidently include on your game list. Currently, MythWars is only available for Android devices and you can download this epic game absolutely for free. Good luck! 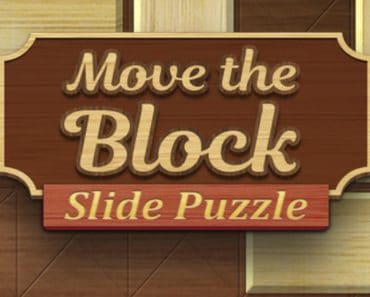 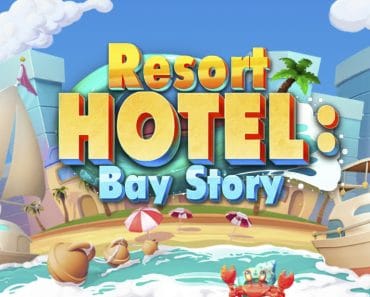