Fell Seal: Arbiter’s Mask is a satisfying gaming experience tailor-made for fans of the golden era of tactical JRPGs.

Fell Seal: Arbiter’s Mask makes no attempts at hiding its inspiration. Developed by the French couple, Pierre and Christina Leclerc, Fell Seal is a loving tribute to the golden era of Japanese tactical RPGs. We’ll be perfectly frank, that particular period in gaming holds a special place near and dear to our hearts. Tactics Ogre, Vandal Hearts, Shining Force, Ogre Battle – the list of tactical games that defined our childhoods stretches on and on. But one title stands out among them: that franchise oddity, the oft-maligned (at its time) Final Fantasy Tactics.

Fell Seal: Arbiter’s Mark borrows heavily from Final Fantasy Tactics, building atop familiar mechanics and well-established genre tropes to forge a confident tribute to this tactical RPG great. The combat and customization come together to create a satisfying gameplay loop, but a mediocre story and flat characters just barely keeps it from achieving true greatness.

Character customization is core to the gameplay loop in Fell Seal.

There’s a staggering level of freedom in how you can customize your characters.

Character customization must be at the core of any tactical RPG experience and, in this regard, Fell Seal does not disappoint. Each character can choose from one of 20 primary classes and eventually another secondary classy, making for a staggering amount of build flexibility. The different abilities combine and stack in interesting, novel ways.

Invest the time and effort into completing special quests and you can unlock even more classes to experiment with. That’s a shocking, even daunting, amount of customizability, but if you’re a fan of this kind of freedom of choice, then prepare to lose entire days, weeks, and months to the ocean of options you’ll find in Fell Seal.

As the game becomes more difficult, a deep understanding of how the different active and passive skills of your characters interact is vital to success. It helps, then, that the combat is so enjoyable, unabashedly channeling pure, unfettered Final Fantasy Tactics in its mechanics and animations. Well, not entirely pure. Thankfully, combat is far pacier in Fell Seal than it ever was in FFT, a welcome change as individual battles in Final Fantasy Tactics were regularly half-hour to hour-long affairs – and this was in a time before quick saves!

Its underwhelming story and non-rotating camera are minor bumps in an otherwise smooth experience.

This combat interface should be very familiar to fans of Final Fantasy Tactics.

The experience isn’t perfect, however. One of the biggest grievances we had with the combat was that the camera cannot be rotated! This sounds like a much bigger deal than it is, but tactical RPGs have had rotating cameras for decades, including Final Fantasy Tactics. This leads to annoying situations where characters are obstructed by geography or other characters, making for awkward clicking and re-clicking as you try to get the game to understand which character you want to look at.

The story, too, is disappointingly underwhelming. We were expecting something epic and grand, a nation-spanning political tale of war between kingdoms, but what we get is a bog-standard anime plot with wooden characters and stilted dialog. With how often the plot conveniently introduces new classes via cutscenes and key plot points, we’re convinced the mediocre tale is intentionally designed for simplicity to allow for the starkly different classes to fit conveniently within the logic and context of the game’s lore.

Even so, this is all minor nitpicking in the grand scheme of things – after all, everything else about the game is wonderful – but the lack of a great story is the missing piece that keeps Fell Seal from reaching that echelon of tactical RPG greats that it aspires to. 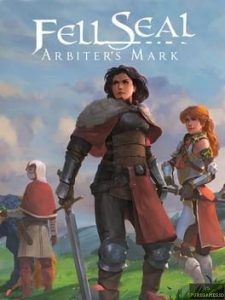 If it still isn't exceedingly obvious from all the gushing we've been doing, we're head over heels in love with Fell Seal: Arbiter's Mask. Generic story notwithstanding, this is a wonderfully crafted love letter to the golden era of tactical JRPGs. It borrows heavily from the greatest title of that time, Final Fantasy Tactics, but introduces just enough novel elements to make it stand out from the pack. We can't recommend this game any more. 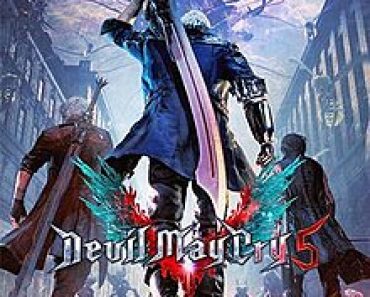