Valkyria Chronicles 4 has changed so little that it honestly feels like we’ve played it before.

Valkyria Chronicles 4 is familiar. Too familiar.

Valkyria Chronicles has always been one of the series that is always in the future by connoisseurs of strategy games, After failing with a new concept in the series before his Valkyria Revolution, SEGA tried again to win the hearts of loyal fans of the Valkyria series. But is this game worthy of its predecessors who have captivated gamers with the story and game design?

Yes, one of the strengths of the Valkyria Chronicles game is its story, steampunk-themed with alternative world stories. Like the previous series Valkyria Chronicles 4 tells about the Federation Army who fought with the Empire in the Second Europan War.

We will play as Claude commander of the Ranger Elite troop under the name Squad E. Claude has a friend named Raz and Kai aka Leena. Kai is Leena’s brother but Kai suddenly disappears and Kai replaces his position and disguises himself as Kai in Squad E. The insistent defeat of the Federation forces them to take extreme steps by attacking the Capital of the Empire and using all available resources to carry out the attack, called the operation Northern Cross.

Gameplay is exactly as it’s always been.

Valkyria Chronicles 4 gameplay is not much different from the series before (except Valkyria Revolution), still with its tactical turn base action that has become a hallmark of the Valkyria series. Some additions such as the addition of Class Grenadier as an additional class. This Grenadier can shoot mortar-like weapons without looking at your opponent.

in the Valkyria Chronicles 4 series, and also introduced the “brave” system where when one soldier is on the verge of death, they can shoot or add Command Points or Action Points, depending on the abilities they have. There is also a “skirmish mode” when we complete several missions in the story mode. we can get rewards in skirmish mode which help us complete story mode.

The Valkyria Chronicles 4 series also includes different types of weapons, according to the class of each army. We can upgrade and there are many types of upgrade options that can be done. For fixed tanks, we will be able to upgrade to add weapons, ranging from smoke screens to flame throwers. the Valkyria Chronicles 4 also has an APC that facilitates troop movements, we can bring troops with low mobility into the APC, of course, we must also be careful because when the APC is destroyed the forces inside will also be affected by the impact, the number of troops that can be brought APC can be added with an upgrade of course.

Even the story shows what a low-effort project this is.

One thing that always characterizes the game Valkyria Chronicles, graphics and anime-style visual novel designs. Will add a deeper impression when we really listen to the plot and all its scenes. Japanese anime-style character designs are also the main attraction for the fans. Fortunately the game Valkyria Chronicles 4 has an English dub and is equipped with subtitles. Although the dialogue feels like drama dialogue, and of course this game is safe to play for all ages.

Good graphics plus a few additions to the gameplay will definitely make us feel at home playing this game. For those of you who like challenges maybe you want to play the Valkyria Chronicles 4 game in difficult mode, compared to the Valkyria Chronicles series before this game might seem rather young. For the rest of you, if you’ve played a Valkyria Chronicles before but aren’t invested in the story, you can safely skip this one. It adds nothing to the series besides a forgettable story and minor upgrades in the visual department. 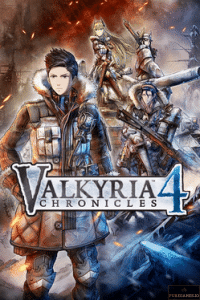