Embark yourself in another epic First person shooter game! Critical Ops is one of the latest FPS games that will take you to an action packed shooting mission that will put your skills on a great test. Much like your typical FPS games like Modern Combat and Point Black: Strike , Critical Ops shares the same concept. The main objective in this game is to win the battle along with your team. Using your trusty weapons, you must outscore the opposing team by killing as many opponents as you possibly can within the given time frame. If you think you have what it takes to win the battles, feel free to explore Critical Ops and see how far your skills can take you.

The Mechanics for Critical Ops are simple and easily manageable yet mush like any other shooter games, the players are highly encouraged to establish their very own effective strategy to maximize their chances in winning. Basically, here’s how the game works. As soon as you’re done with the brief tutorial, you will be prompted immediately to your first battle. Critical Ops’ main campaign is Death Match. In this mode, you will be asked to team up with other online players and defeat the opposing team.

If you have played any FPS games before, then you should know the drill. Once you enter the battlefield, you must start wandering around the given map. Enemies are often marked Red on the navigation map. Shoot any incoming enemies and try to refrain yourself from getting killed as it allows your enemies to earn points. If the time runs out, the team with the most number of kills wins the match. Controls are very simple as well. You move the character around the 3D map using the virtual joypad. You shoot and reload using the tap-based buttons.

One of the strongest elements in Critical Ops is the overwhelming amount of game modes that players can explore. The main campaign is the traditional game match. In this mode, two teams will be fighting against each other on a given map. The team with the most number of kills will win the game. Normally, a standard Death Match will last for 8 minutes long so better make the most out of it. There is also a mode known as Gun Game and as what the term suggests, two teams will fight against each other with individual players working their own way through all the weapons in the game.

Defuse Mode is another engaging campaign. In this mode, the two opposing teams were given with two certain goals, to defuse and plant bombs. One team trying to plant and defend the bomb until detonation while the other team will try to defuse it at all cost. This particular game mode makes Critical Ops unique among other games that fall into the same category. The game also features Quick Games (quick match), Ranked Games (operatives competing for points and secure their rank on the leaderboard) and Custom Games.

Critical Ops offers an extensive weaponry system. Players can customize their loadout prior to the battles. Weapons are generally sorted in different categories including Pistols, Assault Rifles, Sniper Rifles, Shotguns and Submachine guns. You can also arm yourself with one-time use explosives like grenades and smoke bombs. It is very interesting to note that players can switch from one weapon to another during the battle.

Weapons will vary in terms of their given attributes. Pistols for example have higher fire rate but can only inflict moderate damage while shotguns have higher damage rate with low fire rate. To make your character more effective, it is very important to upgrade the weapons or better yet buy a higher one.

Critical Ops despite of featuring the typical FPS elements still captures the right action and provides you a satisfying and addictive shooting game experience. Aside from the impressive weaponry system and overwhelming game modes, Critical Ops also features a visually stunning graphics. The game will also take you to various maps. Overall, the game is absolutely worth playing. Currently Critical Ops is available for both iOS and Android devices and you can download the game for free. Good luck and have fun! 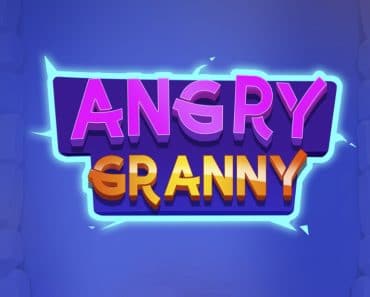