The eleventh season of the popular battle royale game Fornite launched not too long ago titled Fortnite Chapter 2 Season 1 and while Fornite is and has been an ever-changing game from the start, we have never seen changes of this scale before. This is why in this article, we will be taking a look at the new features of Fortnite Chapter 2.

With the launch of Fortnite Chapter 2 Season 1, one of the biggest changes if not the biggest was the replacement of the entire map with a brand-new one. It is important to note this because while we have seen changes to the Fortnite map before, we have never been greeted with an entirely new map. Compared to the old map that featured 21 named locations, this one features only 10, however, the new map also features 10 additional landmarks which are pretty much the same thing so rest assured that the map has not shrunk in size. We won’t go into too much detail regarding these locations, just know that some places are entirely new, some have remained from the original map, and some that have been previously removed have made a reappearance.

You Can Now Hide

While hiding has always been an optional strategy in Fortnite, it has been taken to a whole new level in Fortnite Chapter 2. Players are now able to hide inside specific objects and wait in ambush for their opponents to appear. These hiding places include haystacks and large dumpsters and garbage cans, however, your choices are not limited to only these objects.

New vehicles have also been added to Fornite with the start of Chapter 2 and they now include boats which of course players can drive around in, provided that there is a water surface for the boats to travel on naturally.

Downed Opponents Can Now Be Carried

Up until the launch of Chapter 2, in team game mode, after getting knocked down, players would have a limited amount of time to help their teammates get up on their feet and if the whole team got knocked down, they would simply get eliminated from the match. This has now been changed so players who get knocked down can now be carried by their teammates to designated locations where they can be revived in order to continue fighting.

While there have always been lakes and rivers in Fortnite, they were always very shallow so that players could walk across them. This is not the case now. With the launch of Fortnite Chapter 2, lakes and rivers now vary in depth and players have the ability to swim in all of them.

Fishing rods are now a thing in Fortnite Chapter 2, and they can be found all around the Fortnite Island. While they cant be used as weapons, they can be used to fish in any pool of water, river or lake. Players who use the fishing rod have a chance of fishing out a random weapon that they can then equip. 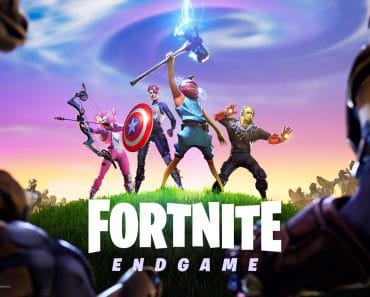