Ever since Temple Run came out, the endless runner genre became a staple format in most mobile games today. Eventually, we got other critically acclaimed games like Subway Surfers and the recently defunct Spiderman Unlimited. Most film studios nowadays also released their own endless runner mobile games to promote their movies. Some of which include Brave, Despicable Me, Spongebob, and many more. If there is one movie that fits well with the iconic Temple Run theme, it is nothing more but the Jumanji. Crazy Labs recently released Jumanji: Epic Run that coincides with the franchise’s newest film installment. The goal is to help our beloved heroes retrieve the stolen Falcon Jewel. If you think you can master this amazing endless runner, feel free to explore Jumanji: Epic Run and see how far you can go.

If you have experienced playing an endless runner game, then you should know how exactly Jumanji: Epic Run works. The game is more like a merge between Temple Run and Subway Surfers gameplay. The dynamically-changing maps and the overall theme are somehow inspired by Temple Run while the overall gameplay including the multiple lanes will remind you of the Subway Surfers. Despite not being an original concept, Jumanji: Epic Run still offers unique features that make it special on its own. As soon as the game starts, it will prompt you to the main menu that provides you access to maps, upgrades, and other campaigns.

Initially, the only character you can use is Smolder Bravestone (the one played by Dwayne Johnson) while the rest of the characters can be unlocked by completing specific maps. The game features basic endless runner controls. Simply tap the Run button to start your adventure. Once on the field, your character will automatically run forward and the only movements you can manipulate are the ability to move from one lane to another by swiping the screen on left and right. You can jump over obstacles by swiping up and slide down by swiping the screen down. Since this is an endless runner game, your game will continue until you hit an obstacle along the way. The higher the distance you reach, the higher the score you will get.

Much like most Endless runner games, players of Jumanji: Epic Run are also encouraged to collect gold coins and gems (premium currency) that are both randomly distributed on the map. Golds and gems are used for various purposes. You can unlock a new portion of the map, purchase a special chest, or upgrade your character’s special skill. Speaking of characters, Jumanji: Epic Run has four playable characters similar to what is depicted in the movie. Smolder is your default main character and the only one initially available. To unlock the next character, you must be able to complete the Jungle Map. The second character to unlock is Ruby Roundhouse (the one played by Karen Gillan) followed by Mouse Finbar (Kevin Hart), and lastly, Shelly Oberon (Jack Black).

Since characters cannot be easily unlocked by virtual currency nor in-game microtransaction, it provides Jumanji: Epic Run a commendable longevity and an impressive replay value. Another unique element about the game is the special skills possessed by each character. Smolder, for instance, can use his boomerang skills to eliminate obstacles and enemies ahead while Ruby uses her Nunchucks to unleash shockwaves to clear her way. Mouse, on the other hand, can use his whistle to summon a huge rhino to charge through everything while Shelly uses his compass for geometry and cartography to trailblaze the perfect path for him. All of these skills were shown in the movie and it’s nice to see how the game remains faithful to the franchise. On top of their special skills, players can also take advantage of various powerups they can acquire along the way including magnet, shield, multiplier, and even the buggy.

The chests allow you to earn great prizes. Generally, there are three types of chests in this game. The normal chest that you can unlock daily at certain time duration and also by watching a reward video. Special chest, on the other hand, can be acquired by completing side missions from your run or by purchasing it with 2000 gold (+ reward video) while Legendary Chest can only be unlocked by paying berries (another premium currency). Special Tokens that are needed to upgrade powerups can only be acquired through chests.

Achievements, on the other hand, allows you to win more gold. It comes with a list of things or tasks you can do during your run. These quests are repeatable and the target goals are increasing exponentially. The game also features a side campaign known as “Challenges”. It comes with two challenges, the Motorcycle Mania and Ramp it Up. Both allow you to win gold coins and gems. In this campaign, you will guide your character but instead of running, you are riding a motorcycle and you will be asked to race against time.

Jumanji: Epic Run is a great endless runner game that comes with many incredible features to explore. It has an impressive replay value since all attempts are not the same and the maps are also dynamically changing. The unique skills of each character are what make this game more distinctive above the rest. In addition to that, I personally love the fact that this mobile game remained faithful to the film franchise. Appearance-wise, Jumanji: Epic Run is an absolute visual delight that treats you with a remarkable atmosphere, visually stunning details, and music that fits well with the game’s theme. Overall, it’s a great game and something you can confidently add on your mobile. Currently, the game is available for both Android and iOS devices and you can download this amazing endless runner absolutely for free. Good luck! 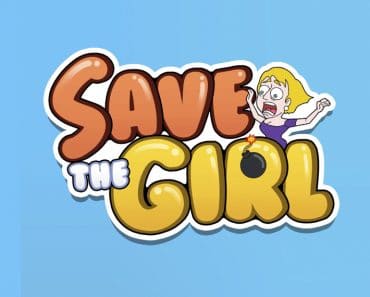 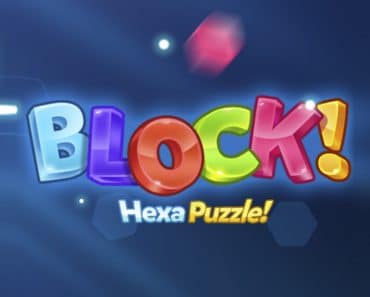