With so many io-inspired games on mobile playstore today, it is quite a challenge to pick one that will capture the best of your attention. Some games will only offer excitement at the beginning but you will eventually get bored with it. Interestingly, Lion Studios’ Big Big Baller features exciting elements that you will surely enjoy for a long time. As what the title of the game suggests, the main objective in this game is to take control of a ball and roll around the city and crush everything you encounter along the way. As you bump on any object, they will be magnetized on you and your size will eventually grow which allows you to consume other players on the field.

Big Big Baller follows a very simple set of mechanics. If you are familiar with some popular io games like Slither or Agar or even some new games like Crowd City, you should know how Big Big Baller works. As soon as the game begins, the player will be prompted to the virtual 3D map along with other online players. The map often features a virtual city filled with people, houses, buildings,  cars and various sceneries. To start, roll around the map by tapping the screen and by dragging the finger around as if you have a virtual joypad. The ball will follow your direction.

To consume an object, simply drag the ball towards an item. You can only consume an item that is smaller or similar to your size. People, plants and light posts are some of the early items you can instantly consume. Eventually, if you have consumed enough, your size will gradually grow which allows you to consume bigger items. The process of consuming will continue until time runs out. The player with the biggest size will win the game.

One of the most interesting elements of Big Big Baller is its Multiplayer function. Much like most io games, Big Big Baller comes with an impressive leaderboard system that will rank all the players based on their performance per match. Those who managed to reach higher ranks (First to the third spot) often get bigger prizes. Aside from consuming items, you also have the ability to consume other players. If you have played Crowd City, this game shares lots of similarities. The only difference is that you are dealing with size here and not with quantity.

In order to consume other players, you must be larger than your opponents. Consuming them will allow you to grow faster. The map will show you guides that points you to where your opponents are. It is also interesting how the game took some elements from Mobile Legends. Every time you killed an opponent, a voice over will be heard stating some iconic phrases from Mobile Legends including “First Kill”, “Double Kill” and many more.

Big Big Baller comes with two playable campaigns. First is the default Classic Mode. In this mode, you will be fighting against other players within a limited time. The player with the biggest size will win the game. The second campaign is the Battle mode. This is a battle-royale inspired mode where you will be prompted on the same battlefield. The only difference is the fact that it’s going to be a survival challenge. You will fight against other players and you must try your best to be the last ball remaining by consuming all your enemies.

Another interesting element of the game is the overwhelming amount of skins to unlock. You can unlock skins by heading towards the Shop. Players can buy or unlock new skins through virtual coins that you earn every battle. You can also purchase premium skins using real money as part of the game’s microtransaction. Players can also unlock special skins through daily login bonuses and daily challenge prizes. You can also unlock maps to change scenery.

Big Big Baller is truly an addictive game. It works perfectly fine with or without an internet connection. To top it all, the game takes you to a visually stunning atmosphere. It’s colorful and absolutely fun to play with. The unpredictability of the matches provides the game incredible replay value. Currently, Big Big Baller is available on both Android and iOS devices and you can download the game for free. If you think you can master this game, feel free to explore Big Big Baller and see how far your skills can take you. 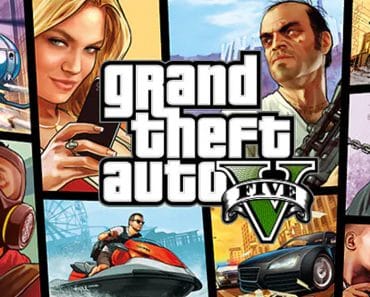