Weaponry system is probably one of the most interesting elements of any shooting games. Some games will feature the most extensive collection of weapons that they can collect and unlock as they progress. Interestingly, Gun Idle will take this weaponry system in an all new level. This is not an action-packed shooting game. It is not a typical FPS or any type of game that falls into the same category. Who would have thought that the concept of weaponry can be merged effectively in an incremental game format. In Gun Idle, the goal is to unlock as many weapons as you possibly can.

Incredibly unique! I guess this is how you can perfectly describe Gun Idle. It is generally simple yet surprisingly addictive and fun. Unlike a typical action game that requires player to establish effective strategy, Gun Idle will make everything simple and fun. Since this is an idle game, the game will almost run automatically with less interaction from the players.The goal is to unlock as many guns as you possibly can. You can do so by reaching certain levels. A new gun will be unlocked every after five levels. The more target you destroy, the higher the experience you will get.

Here’s how Gun Idle works. As soon as the game begins, it prompts you to a simple page that features multiple panels. You start off on the lowermost panel that features your first weapon. Interestingly, the first weapon you will use is a pistol ( a Colt 1911 to be exact). In each panel, the gun is situated on the far left while the target boards are on the opposite side. Initially, the gun can only shoot by constant tapping until you made an upgrade. Once an upgrade is made, the weapon will start shooting automatically.

Generally, the highlights of the Gun Idle is the overwhelming amount of weapons you can unlock. Every time you destroyed a target board, the Level Meter will get filled and if you earned enough, you will be asked to pay for virtual money in order to reach a new level. Yes, leveling up is not free for Gun Idle, you have to pay for it. The virtual money is earned every time you shoot the target board. In order to earn more, you must upgrade the weapon. Much like a typical idle game, the price for each upgrade will increase exponentially.

Every time you reaches fifth level (Level 5, 10, 15 and so on), the game will give you a chance to unlock a new weapon. The new weapon will have higher attributes, higher fire rate and bigger coin value per shot. Weapons are very random and it doesn’t follow any category at all. Some of which includes an AK47, A Pump Shotgun, an UZI and even a Paint Gun. Take note that all weapons will work simultaneously even without interaction but you can still tap the weapon manually for faster shoot.

Take Advantage of the Drops and Special Target Boards

From time to time, you will encounter various crate drops.  This will offer you additional coins but you must watch rewarded videos in return. This is indeed a clever way to input ad placements. You will also encounter special Target boards that once destroyed allows you to activate boosters. Some of the boosters allow you to activate a rage-like mode where weapons will shoot automatically on a faster fire rate. This will only last for a short period of time. In this phase, you can tap and hold the weapon for continuous shooting which also allows you not just to earn bigger coins but also to level up faster. Another booster allows you to double up the amount of coins you collect per shot.

Simple, fun and absolutely addictive. Gun Idle managed to capture the same addictive formula of any incremental games. It is not complicated and absolutely worth playing. Currently, Gun Idle is available for both iOS and Android devices. You can download this game absolutely for free. Good luck and have fun! 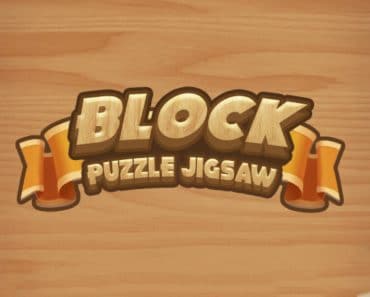