The world is facing a great danger and the mankind is on the verge of being extinct. Apparently, a huge Alien spaceship is heading on our planet and will destroy every human beings. To prevent this from happening, 77 people were sent on the outer space for a life-risking mission. Unfortunately, the mission is a big failure and only two Returners are still alive. You, as the Returner 77 must engage on an epic mission to stop the aliens from their plans. Returner 77 is an escape game from Fantastic, yes which will test the best of your knowledge and skills. If you enjoyed games like The Room, you should definitely download Returner 77 and see what exactly this game has to offer.

Returner 77 managed to mix an impressive gameplay with superior graphics and compelling plot. It’s absolutely a game made to perfection. The game welcomes you with a cinematic introduction. It actually feels like watching a real Sci-Fi movie as they used real actors to make this game highly realistic. In this game, you will be approached by another survivor through virtual contacts. Returner 76 or Colonel T. Ling will accompany you in the mission. If you think you can accomplish this journey alone, feel free to download Returner 77 and see how far you can go.

The mechanics of the game are quite simple yet requires great knowledge and puzzle-solving skills. This is a first person perspective game where you play the role of Returner 77. Generally, it is not the kind of action game we normally see. It doesn’t involve any battle between humans and aliens. Your goal is to inflitrate the enormous Alien Crystal Spaceship and try to solve the mystery behind it. It is also your main objective to escape the ship and return safely to the earth along with Returner 76.

The game is all about puzzles! You have to solve one puzzles after another in order to progress to the next scene. The player might need to collect objects and solve various puzzles before he can manage to unlock a door or a portal that will bring him to another scene. Controls are also simple and easily manageable. You can navigate around the 3D map by simply swiping the screen. Players can double top to move forward or to interact with objects.

One great reason why you must download Returner 77 is the superior graphics that it offers.  It prompts you to a 3D environment that is well adorned with great details. The communication with Returner 76 is one of the parts that truly stands out. First of all, they use footage with real actor playing the role of Colonel T. Ling. Secondly, the acting is superb and realistic which adds intensity in the game. The alien-inhabited spaceship will also give you an eerie and enigmatic atmosphere which sets the game mood right.

On top of its remarkable graphics, the game also comes with compelling plot. Returner 77 is composed of a series of episodes which will start from the Hall and will end on The Den. Each episode will take more or less 30 minutes depending on your ability to solve puzzles. Each has remarkable cut scenes and narration that will keep you wanting more.

If there’s really one thing that you should know when you download Returner 77, it would be the puzzles. The puzzles will come in different range of difficulties. The players must be skillful enough to identify how to solve each puzzles. This is not a game where you can instantly get hints to solve the puzzles. You must analyze the puzzles carefully and try your best to solve it.

If you have played The Room, you might notice some notable similarities. It captures the same intensity and eeriness of the game. Returner 77 however is still special on its own. There are wide range of puzzles to solve and the rate of difficulty will drastically increase as you progress.

Returner 77 is not a free-to-play game. You have to purchase the game for $4.99 but the question here is that, is it worth a download? I personally say yes! With such amazing graphics and compelling plot that is perfectly matched with incredible gameplay and unpredictable challenges, this game is absolutely worth playing. The game is available for both Android and iOS devices and you can download Returner 77 for $4.99! Good luck and have fun! 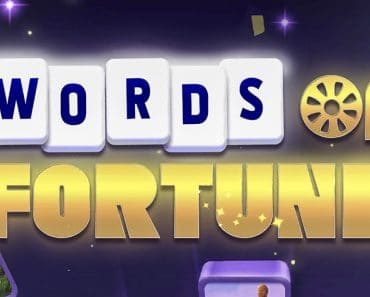